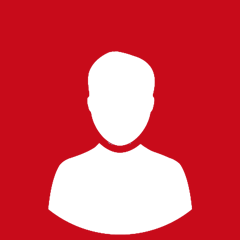 Breaking from the starting gate on the right foot: Employment effects of an investment in human capital

In the labor market, it is essential to establish which types of contracts provide the best stepping-stone into a permanent job. A unique setting generated by Italy's 2012 apprenticeship reform presents us with an opportunity to study this issue. We compare workers treated by this reform to similar untreated individuals around 30 years of age, which is the upper limit for this training contract in Italy. Treated workers benefited from approximately a one percentage point increase in the probability of entering an open-ended contract. At 36 months from the treatment, their advantage of remaining in the same job was about five percentage points.

Sooner or later? The impact of child education on household consumption

We study the impact of one more year of child's education on household (non-durable) consumption. We exploit an exogenous shock generated by a university reform in Italy in the early 2000s. We find that families responded in a way that is consistent with education as a production good. The higher child's education produced household positive, permanent income innovations. Hence, family non-durable consumption increased. Our findings suggest that education can be an insurance device against adverse permanent income shocks. The 2001 reform not only positively affected offspring's years of schooling, but it also had a positive effect to boost household consumption.